on April 04, 2011
Monday is almost over, I've spent all day at home and I'm still tired....how is that possible? Anyway, our weekend was great, exhausting, but great! 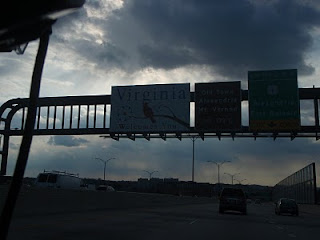 We left NJ at 1:30 and arrived around 7pm, checked in, dropped our luggage in the room and went off to Cici's Pizza for dinner. 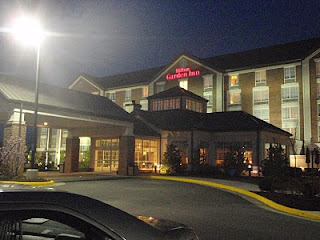 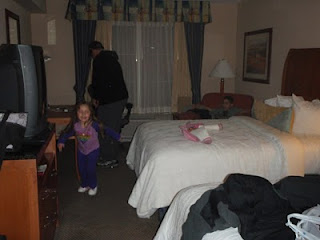 We were starving, so we all enjoyed dinner, plus its pizza....who wouldn't enjoy that! We went back to the hotel & decided on some pool time!! 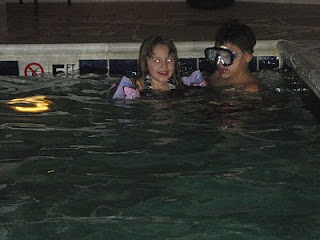 The next morning was brutal, we had to be up at 6:30am. First game was supposed to be at 9, but got pushed to 10 due to all the rain....the fields were still being worked on. 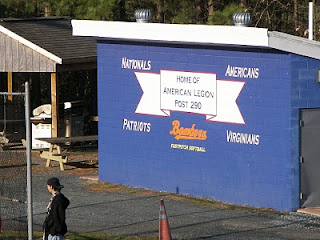 Game finally started and it went well. They could have played better, but it was good. We left for lunch...my son ate with his team, Triple A Arsenal, and my husband, daughter & me went to Mcdonalds, then back to the field. 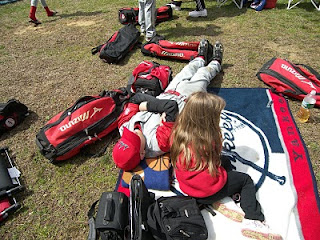 Second game was even better! The boys really played hard and came very close to winning. The other team was great, every single one of those boys hit...amazing! 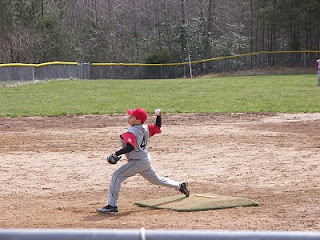 Afterwards, we went back to the hotel and the boys went to the pool for a bit before getting ready for dinner. Dinner took forever!! We went to Outback, but since there were so many of us, it took forever to get everyone seated. Boys sat with their coach, and parents were sat seperately. It was fun, food was great....it was just so late. We got back to the room about 10 and I was exhausted!
Before I knew it, it was morning again.....both these nights have been so short!! Up at 7am and back at the field by 9. This next game was even better than the day before! They won this game, so ofcourse everyone was so excited. Now they only had a 15 minute break before the next game. 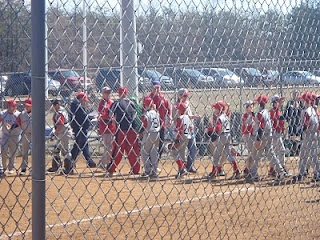 The next game begins and all of the kids are exhausted and hurting. My son, who had pitched the 1st game, was on to start this game. Poor kid! His arm hurt, but he did it. He gave 3 innings as best he could, and I for one am very proud of him!! No excuses, he went out there and did what he had to do! 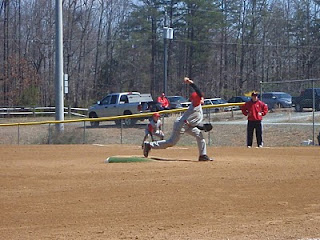 Unfortunately, they lost this game but it was a good tournament and they played their hearts out! We are very proud of each and every one of them. 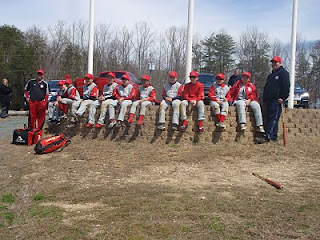 Now its time for our long ride home. We made a quick stop at Mcdonalds for lunch & bathroom break and off we were. 6 hours later we were home! 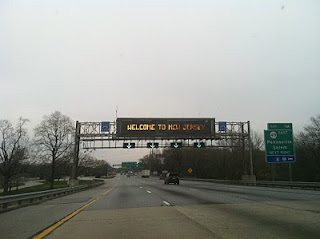