on April 09, 2012
After going to bed at 2am, we were up at 8am this morning :/  I thought I was going to sleep more but I guess the excitement was too much--plus the beds were too hard, not a very comfortable night!  Everyone was up, showered & ready for breakfast by 9:30am, so we went looking for a pancake house.  There are so many pancake houses, my hubby wanted Ihop but I wanted some local place - so I remembered that I saw an ad in one of the guide books for the Old Mill House of Waffles & Pancakes!  My choice today, his tomorrow so off to the Old Mill House of Waffles we went! 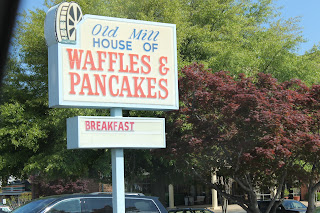 We walked in and it felt like walking in to somebody's house....it was cozy, but spacious.  The menu had a large selection, making it very difficult for me to decide!  Eggs? Pancakes? Waffles? Frenchtoast? Omelets? Ugh, so much to choose from!  Laz & the kids new what they wanted right away-Virginia ham with eggs for my hubby & son, my daughter wanted french toast & I finally decided on the malt waffle!
The food came out quickly and everything looked great!  Hubby's food & my son's food both came with a biscuit....Laz gave me his since he didn't want it....and I'm so glad he did, it was delicious!!
I'm not 100% sure about anyone else's food, but my malt waffle was heaven!!  It came with a golf-ball size of butter, some of which I had to take off because it was too much for me, then I added the syrup and wow!!  There were no complaints from the kids or hubby so I guess they enjoyed their food too....plates were empty-that's always a good sign!  Gotta have breakfast here again!!  Great food & great prices!
Now off to the Virginia Aquarium!! 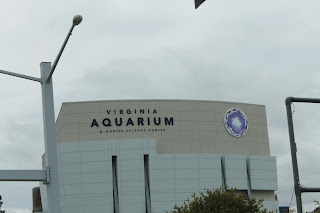 This place was huge, but my kids loved it....even though there was the occasional complaint of being tired of walking! 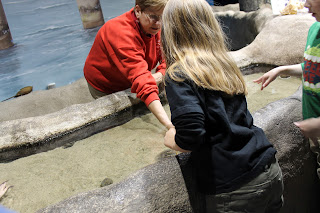 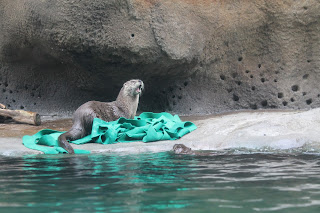 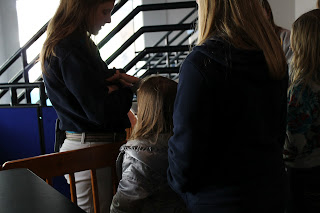 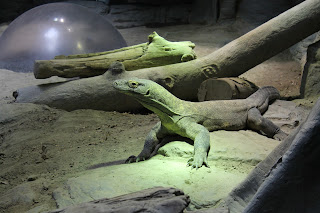 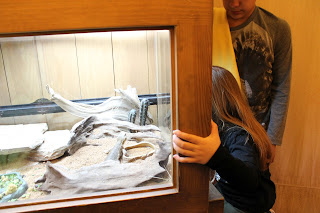 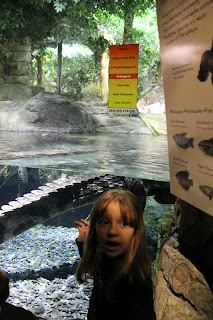 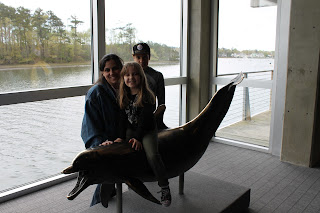 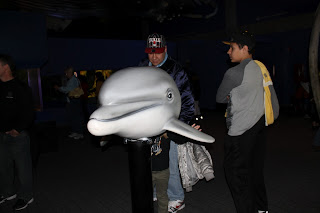 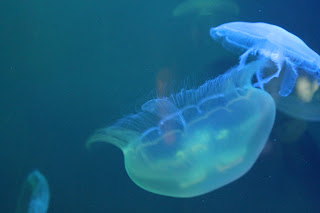 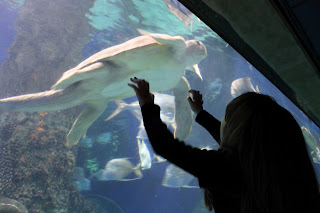 After the aquarium, we drove around for a bit and then parked somewhere by Virginia Beach.  We decided to go for a walk, but it was sooooo cold!!! 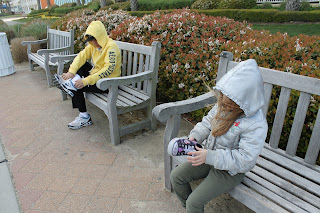 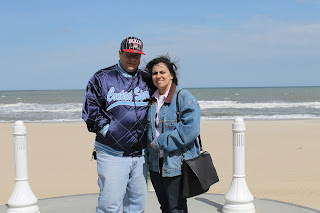 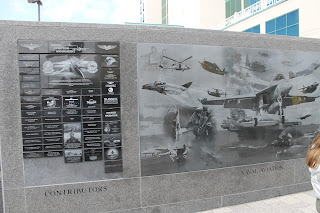 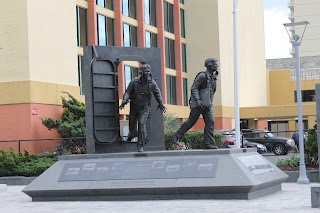 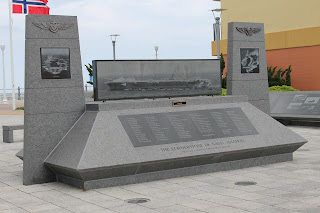 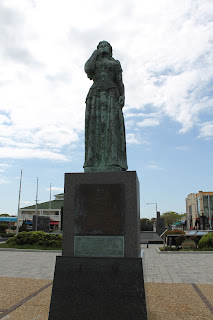 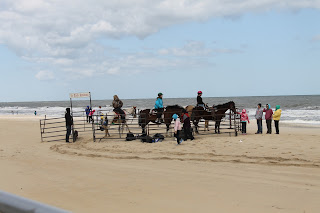 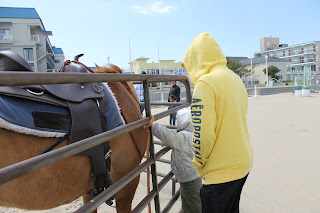 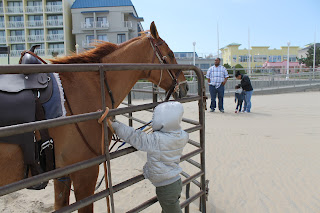 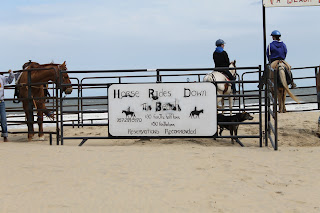 After all this we headed back to our hotel, but there was sooo much traffic!  We were also very near where the fighter jet had crashed, so there were some exits closed off.  It was about 6 so we took an exit and stopped at Olive Garden to eat.  Now Olive Garden would be the same anywhere, but this one was huge and the people were so nice!  Our food was amazing-we love Olive Garden-so once we finished we made a quick pitstop at Target and back to our hotel room.
We watched some tv and just relaxed for the rest of the night.....the next morning would also be an early one.  I have a 10am Easter egghunt to get my baby girl to.
family time trip report weekend road trip