on June 04, 2012
Well, I should be saying goodnight instead of writing this post, but if I don't do it now, I may not be able to do it later.  Busy doesn't even begin to describe my life right now.  Friday was a bit laid back, baseball practice cancelled so it was just dance class for my daughter and I was able to stay home & cook.  Saturday was a bit more hectic.  I was up really early, and around 9am got my daughter up too.  Today is the day that her pictures for her dance recital program are taken, and this takes at least half a day.  We had to arrive at Oneida's Dance Studio at 10am, not a big deal since I live a few blocks away.  Once we arrive, some girls are already there and taking their pictures.  We run upstairs and set up our area!  Fortunately, I did her hair and makeup at home, so all I had to do was change her clothes.  Yes, this is a huge process, make-up, hair, clothes & accessories!!!  I get her into her first costume-this one is for ballet & I totally love it!! 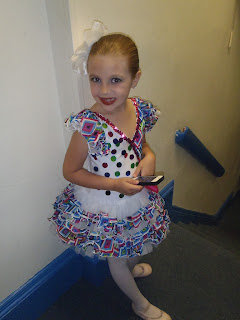 It's so colorful & fun!! So she goes ahead and takes her solo pictures, but now has to wait for all of the other girls to get there so they can take the group picture.  OK, after almost an hour they got the group picture & we were back upstairs changing costumes.  Next up is the hip-hop costume. 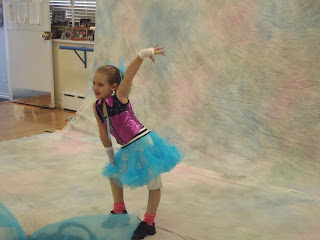 This costume is cute, more fun than cute! LOL!! She loves the finger-less gloves!  After solo shots and group pics, we change into another one.  Now it was time for jazz....Hawaiian costume....this one is really adorable!! 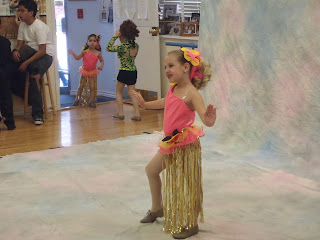 And the best part...it is a Lilo & Stitch song that they'll be dancing to, can't wait to see them on stage :D
OK...now you know the drill, back up for the last costume change!  It's Salsa time!!! 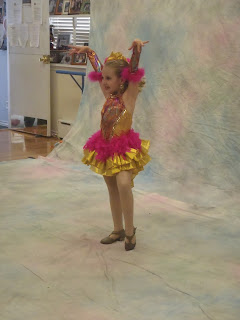 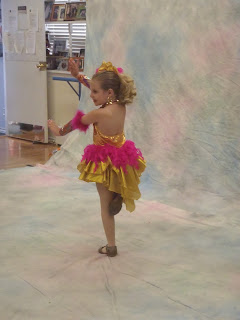 This is by far my all time favorite!!! It is absolutely adorable!!!
Once we finished with solo pics & group, we packed up, ordered pizza hut & went home to eat!  Now, maybe you are wondering if my son had baseball, since it seems he has games every weekend, well yeah! He was supposed to have a game & my hubby was in charge of that today.  Unfortunately, once they arrive at the field, the other coach was still trying to drain the field.  We've had so much rain, that the field was mud....there was no way they were going to have that field ready for game time, so it was cancelled!

The next day we were up around 9am, had breakfast at home and got ready to head out to my son's Buzz game in Yonkers.  The game was good, my son pitched the first 4 innings. 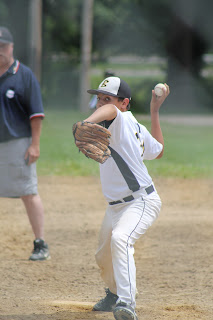 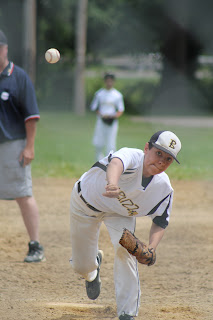 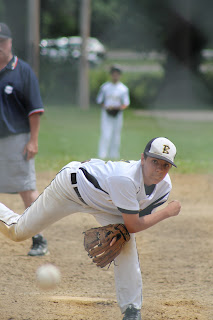 They sat him for the 5th and that is when the drops began.  At first it was only a few drops, so I took my daughter and we sat in the car.  Then the drops were coming down a bit more, so Laz, my hubby, gets in the car too.  We give our son an umbrella, since he does have to stay out on the bench with his teammates.  Then, all of a sudden, it was like a hose was turned on and aimed at us!! The rain was really coming down & the umps just called out "Game over" & coaches telling the kids "go, grab your stuff & get out of here" LOL, it was madness!! 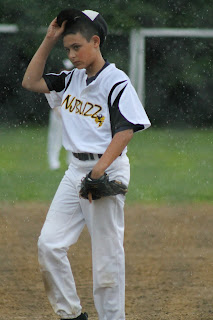 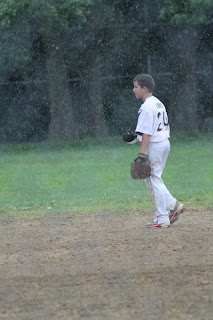 I did manage to take a couple of pictures before the game was called, and you can see the rain drops in the pictures! LOL, poor kids.....they got soaked!!

So, we came back home and when we were getting close the rain had stopped.  We got home and I cooked dinner and then looked out the window and saw this........ 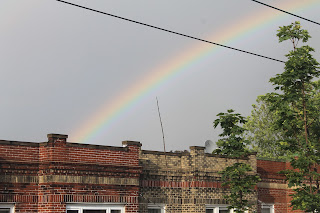