on November 01, 2012
Well, I'm finally back to writing....this has been a crazy week so far and we didn't get it as bad as others.  Monday we went out to fill up on gas for our cars and generator, made sure we had enough milk, water & food at home and then we got home & stayed there.  As the night progressed, so did the wind!  It was so bad that our house would shake....I don't remember ever hearing such strong winds.  I do recall going through a hurricane in Florida when I was little, but I don't remember the experience just the preparation.  So yeah, this was a bit scary & our power didn't go out until really late at night.  It would flicker, then be back, then it went out for 5 minutes but came back and a bit later it just went out!  I was already in bed when the power went out completely, but I remember hearing my husband talking and the house being really dark...wow!! So, I kept sleeping with my kids!  All 3 of us were in our King size bed and slept all night.  My poor hubby stayed up and eventually fell asleep on the couch.  The next morning hubby turned on the generator so we were able to hook up our refrigerator, coffee maker, tv and internet!  The wind was winding down by the next morning, and we were very fortunate that the only thing that happened was loss of power.  There are neighboring towns and homes that suffered tremendous damage!  It's just awful to see places that we are very familiar with be destroyed!  I spent most of the day watching the news and watching the devastation throughout our state and New York, it is heartbreaking.  Since many roads were closed we stayed home all day, I was able to make dinner and we watched some more tv until hubby had to go to sleep.  So since he is the only one who knows how to operate the generator, he had to turn it off and we were powerless again.  My kids and I watched some movies on the laptop until it died and then we all went to bed....nothing else to do except sleep :) 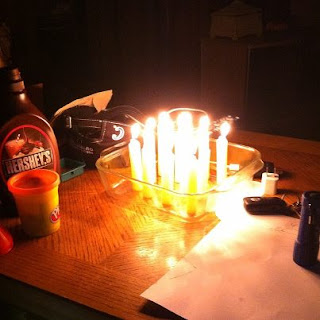 The next morning we were finally able to get out of the house.  The power came back some time in the early morning, hubby went to work but when he came back we had to go to his sister's house to help clean up since she did have more damage and downed trees.  This was also Halloween and I felt so bad for my daughter....she's been looking forward to trick or treating and it didn't look like this was happening.  I got her dressed up in her black widow costume and we went to my sister-in-law's like that!

When we arrived, there was a lot to do....she didn't have damage to the house, but her trampoline and swing set were at the end of the yard, and a tree fell on her deck and tiki bar.  It banged up her grill, but fortunately it still worked so she can cook.  She was also without power, and from the look of her block it doesn't seem like she'll be getting power back soon. 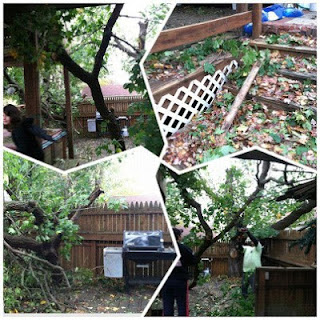 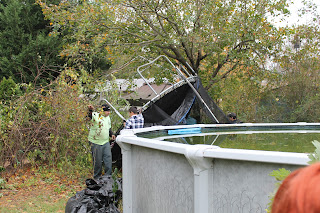 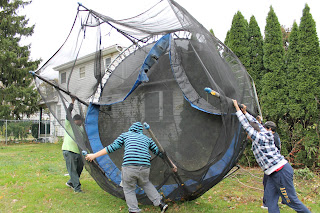 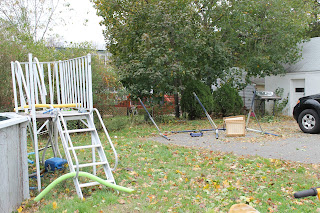 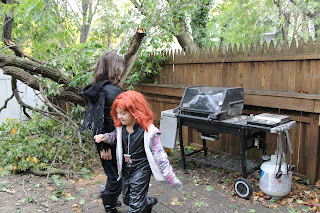 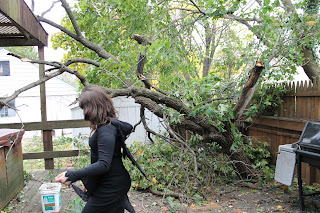 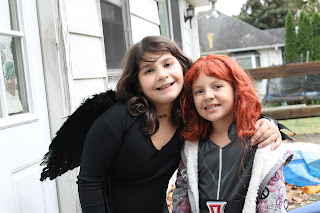 The lines at the few open gas stations were miles long, it was ridiculous.  This morning I'm here and ready to do some groceries and clean up the mess in this house, plus finish the laundry I started before we lost power.

I've seen more pictures from the storm and it is awful.  Seaside Heights, our summer spot, is totally gone, homes completely destroyed and lives lost!

We were very fortunate to come out of this storm with no major losses, but I am thinking of everyone else who has suffered in this storm.

My heart and prayers go out to all the victims from this storm.