on May 26, 2015
Hi All! It sure has been a while but I'm working to get on here regularly, so I will start with my weekend wrap up!

We had a very uneventful weekend~didn't have any plans but it still was a nice and relaxing 3 day weekend.  Saturday started out like any other Saturday.  We dropped Baby Girl off at dance and we were supposed to go jogging but hubby decided to buy me a bicycle.  He already has one, so he's been dying to get me one so we can go riding together.  So, we went to Walmart and I picked one out.

Then we came back home to pick up the bike rack & hubby's bike then headed down to the waterfront to ride.  I must say that I was a bit terrified to get back on, although I didn't tell hubby yet.  We parked, and he got my bike off the rack first and I told him I was going to ride around the parking lot to get some practice.  It's been 24 years since I've been on a bike so I was definitely rusty. I started to pedal and every time I tried to put my other leg up on the pedal, I felt like I was going to fall....OMG!! Will I be able to do this.  I circled around a few more times and then hubby was ready to go - so I followed.  I was still a bit shaky and when I got close to people I was worse - the first time.  I finally started to feel comfortable and just tried to pass people as far away from them as I could, passing too close still scared me.  I also had to keep both hands on the bike - I tried to check something on my phone that was in its holder in the center of the handle bars, but I just couldn't let go, LOL.  So we went as far as we could go and then turned around to head back to the car.  Once we got back, I felt good - tired but I felt good!  It wasn't as bad as I thought it was going to be, it was all in my head!

We headed back home to drop off the bike and pick up baby girl.  Then, our son had baseball practice and we wanted to go to Liberty State Park to see if we saw any military ships on the Hudson.  They were docked around NYC due to Fleet Week, and I really wanted to get some pictures of them.  My son had no interest, so while he went to practice, we went to the park.

We didn't see any ships but I still took some pictures: 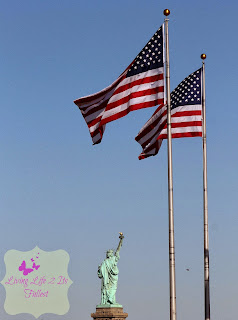 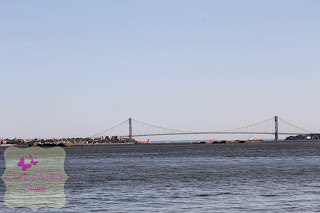 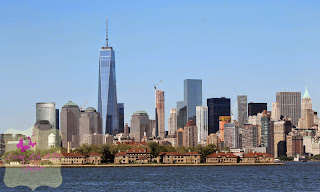 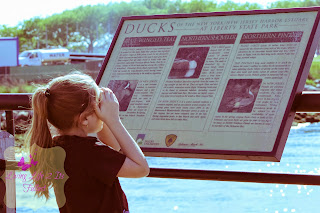 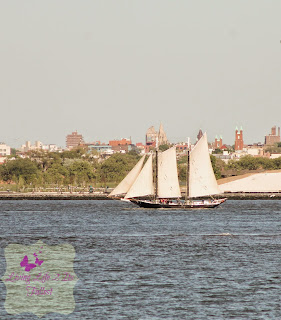 Sad to say that I've lived here in NJ, minutes away from the Statue of Liberty, since I was 9 years old and I've never been to Ellis Island or over to see the statue.  Just terrible.  This is at the top of my list of things to do this summer. 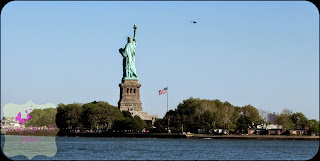 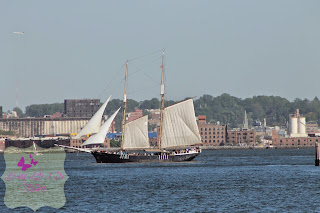 We walked a lot - the day was gorgeous.  I also thought this was a great place to jog and bike ride - it was great.  Now it was time to go back home - I was exhausted.  So we made a stop at White Castle, dropped off some food to our son who was still at practice, and we headed home.

After I ate I felt really tired and we had a late night ahead.  We made plans to go to City Winery with friends to see Wasabassco Burlesque show.  So....I went to bed to take a nap, and nap I did!
2 hours later I got up and started to get ready.

The rest of the night was great, we had a great time.  After the show and 2 glasses of wine we headed to Ihop!  Yep - I really needed some food.  So I had pancakes - plain pancakes with lots of syrup.  Then back home to knock out!

4 hours later, and we were up again!  Ugh - I was tired, but we hurried up and headed out to take our son, Chris, to his pitching session at BioPitch.  He had a good session and since we were down by the shore, the plan was to head over to Seaside Heights to enjoy the rest of the day.

Well, a higher power was against us going to Seaside.  When hubby started the car, the batter light stayed on - this was odd as the car was fine.  He checked under the hood, got under the car and realized that a tension pulley was loose.  No Bueno!!!  So, sadly we had to head back home to avoid being stranded down here - we were an hour away from home.

So we went home, he waited for the car to cool down and then went to work.  Fortunately, Advanced Auto parts had the piece in stock - the last one - and he fixed the car.
That was it for Sunday - we stayed in the rest of the day.

Monday was also a bit slow going - we woke up at 9AM and headed to the waterfront for another bike ride.  I was, and still am, extremely sore but I pushed through it and got over 2 miles of riding in.
We went back home to drop off the bikes and headed out again to do groceries.  Then back home to cook, put away the groceries and do laundry!  Fun, isn't it!!! LOL!!

So how did you all spend your Memorial Day Weekend?  Hope it was more exciting than mine, although I do enjoy quiet weekends at home with my family.  Sometimes it is nice not having somewhere to go!