on July 07, 2015
Well, its that time again - time to catch up!!  My days are all jumbled together, I'm still double checking the calendar to confirm that it is July 7th!  Crazy!!!

So I wanted to blog several times a week, and my goal is still to do this but for now I will be filling you in on my past couple of weekends.  Some have been quite and at home, while others have been super busy; and in all of this I still have not had time to go lay out at the beach! But we have been to the beach....more of that later.

Let's start with the first week of June.  This was a baseball weekend....and what a learning experience, a bit disappointing but it was a good weekend overall.  I signed up my son for a Perfect Game Showcase.  We've been talking for months about taking him to showcases, its just they are so expensive - its crazy!!  I have to be very selective in where I spend our money on but I've heard a lot of good things about Perfect Game showcases so I thought I'd give it a try.  He was OK with it so I paid the registration fee of $650 and we headed to South Jersey Saturday morning - very early morning since he had to be there by 7:30AM

We arrived at Rowan University at 7AM but had no idea where we had to go.  There were no signs, nobody to give directions.  There were several other families in the same predicament - we kept following each other and going around and around the university until we saw a police officer.  He was able to direct us on where to go and voila! We found it!  My son went to sign in, they gave him a hat and a shirt and told him that he was only signed up for pitching!  Oops!! Later I realized this was a big OOPS!!! 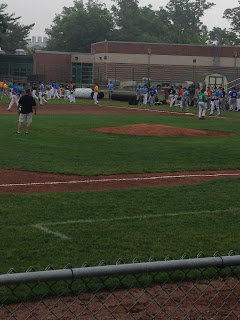 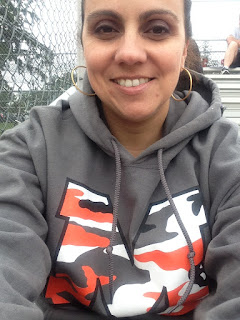 He went on to the field to warm up, they took his picture and then back to the field.  The coaches called all the kids in and gave them their instructions for the rest of the day.  My son was informed that he didn't need to stay because he was a pitcher only :/  He was told that he can return for the hitting and zep test.  On the schedule it was set for 5:30PM so we went to check into our hotel, went grocery shopping to make lunch and went for a swim at the hotel.  After the pool, we changed and headed back out to Rowan University for the hitting.  We arrived at 5 and there was hardly anyone there!  It turns out that they must've been moving quicker and my son's team had completed their hitting and zep earlier!  OMG, I was not happy at all!! No notice, no call to alert of the schedule change - nothing!  This was very disappointing.  My son was told to return tomorrow for his game, so we left.  Back to the hotel we went!

We stayed at Homewood Suites by Hilton and loved it!!  This place was great and felt like home! 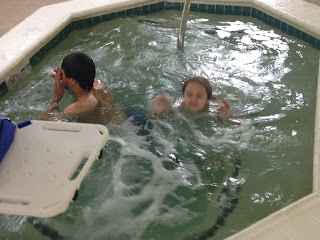 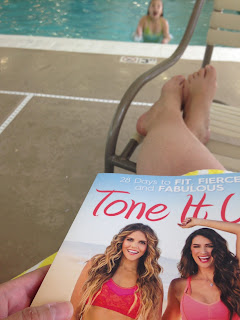 The next day we headed out to the game.  We were there early, just incase they were ahead of schedule again and finally Chris would be able to do something!  Now I don't know what happened, if it was first time jitters, but he kept saying he didn't feel right.  Oh no, here we go!  He went up to pitch and he did good as far as throwing strikes, but he couldn't throw over 78.  He was really confident thinking he'd be able to throw as fast as he's done on other occasions but here he just couldn't.  He got his innings in and then was able to hit.  Unfortunately he didn't hit either - he struck out!  Ugh, what a weekend!  Now I'm feeling this was such a waste of money.

After the game, he was done - that's it! A couple of innings and that was it!

Now we were starving so we headed to Cracker Barrel - good food will make everyone feel better.

After thinking about everything, I am disappointed that he didn't get much out of this and we spent so much money on it.  It was a learning experience, though.  I know for next time, if there is a next time, to register him for another position - not just pitching.  He also needs to be relaxed and not think about what he has to do so much - I think he makes himself nervous!  Also, and this is the biggest lesson - don't follow the schedule - follow your team!!!  If they are ahead of schedule, you will not be notified so in order for you to know is to follow the team!

There is another one in MA and another in VA - so I'm not sure if we'll do this again but if we do, then he has to decide which location he'd rather attend.

It is a great way to gain exposure and get your name in the system.  Colleges and scouts can check out your profile, if they didn't see you at the events, and follow you or contact you if they choose.  So it does have its benefits, but for my son it may not be that necessary.